Children are the dream of married couples in the family, so not a few of them are found who are trying to get them, from visiting specialist doctors, drinking herbal medicine, certain drugs or also visiting a Kiai for special prayers. So that if some of the efforts that have been made do not reap results—while their desire is no longer making them patient—they adopt children, either their siblings' children or other people's children. After his adoptive parents tend to love him very much, the thought arises of giving some or even most of his wealth to his adopted child by inheritance, in other words they consider their own child. From this problem, the author wishes to examine the rights of adopted children to the assets of their adoptive parents by using a qualitative approach that is library research, and the data collection technique uses a documentary study of books, scientific works and scientific journals. After conducting research which continued to analyze any data obtained, the researchers concluded that in the Syafi'I school an adopted child cannot become the heir of his adoptive parents to get an inheritance. However, he can get a share of the assets of his adoptive parents through other means, namely, such as a will or a gift, which cannot exceed one-third of the assets of his adoptive parents. The formulation of the Shafi'i school is inseparable from the study of several verses of the Qur'an and the Sunnah of the Prophet Muhammad SAW. 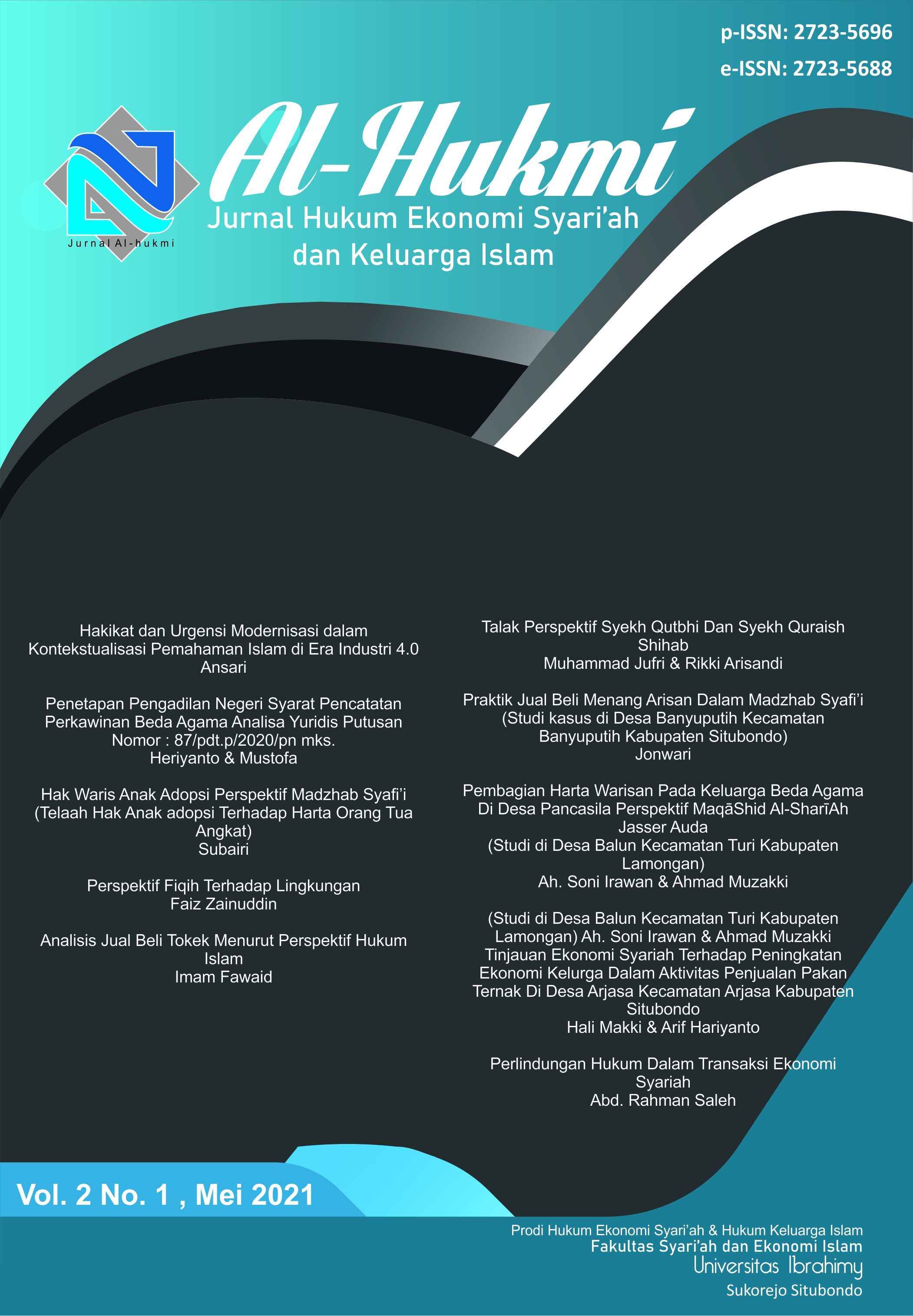