A problem that existed in the government of Pecalongan village, Bondowoso regency, namely service to Pecalongan village people who still adhered to conventional system. This makes the service in the village office less than the maximum, and also requires a relatively long time in terms of doing the service. In addition, in terms of data storage is still using paper that prone to damaged and lost. And also in terms of data search that can take a relatively long time. It is considered less effective and efficient if run in the modern era as it is today.

The objective of the research is to design and build a Service Information System at village level to improve service quality for village officials and use of services for villagers. The benefit derived from this research is that this system can facilitate village officials in collecting data of villagers and facilitate the service of residents or citizens in the application of letters.

This village service information system is based on website that can be used online, so the Village community can enjoy the Village service more quickly and easily because the service system can access from anywhere. It is expected that with this village information service system, it can improve the quality of service process to the community in Pecalongan village, Sukosari sub-district, Bondowoso regency. 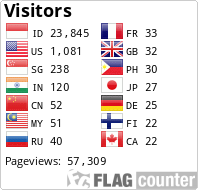